Few topics in medicine have created more confusion for millions of women than the controversies surrounding hormone replacement therapy (HRT).  For many years, physicians recommended HRT to menopausal women, based upon studies demonstrating significant health benefits and protection against everything from heart disease and osteoporosis, to colon cancer and Alzheimer’s disease.  Then, in a sudden about-face, along came a study that lead to a mass discontinuation of HRT.  Findings from the Women’s Health Initiative (WHI) suggested that the risks associated with HRT use outweighed any benefits.  The new evidence showed an increased risk for heart disease, breast cancer and strokes.  How could the WHI conclusions about the safety of HRT be so conflicting with previous studies and result in a virtual flip-flop in the medical advice given to women?  As the dust has settled and after more in-depth analysis, it appears there is some truth in all the studies.  The secret is in understanding what each one is telling us.

Physician guidelines regarding hormone replacement therapy were previously driven by findings from a number of research studies such as the Nurses Health Study, a 20-year prospective cohort study of 120,000 women.  It found that HRT use was associated with significant reductions in cardiac events as well as cardiovascular and total mortality.  The more recent Women’s Health Initiative, a 5-year randomized trial with 16,000 women, found an increased incidence in cardiac events associated with HRT, although with no increase in either cardiovascular or total mortality.  Why are the conclusions at variance?  The truth is that the outcomes from both studies were largely correct.  They were both right but differed principally in the timing when hormone replacement therapy was initiated.  Women in the Nurses Health Study generally started HRT within 2 years of menopause, while those in the WHI did not start HRT until 10 years after menopause.

Estrogen is thought to have protective properties against cardiovascular disease in premenopausal women, and that the risk for atherosclerosis begins to rise as estrogen levels decline after menopause.  Substantial evidence supports the use of hormone replacement therapy for the primary prevention of atherosclerosis in women, but only if started during the early postmenopausal period and before the onset of atherosclerosis.  Once atherosclerosis has already developed, however, HRT has no effect at reversing the process and may actually promote plaque destabilization and thrombosis.  This largely explains the different outcomes from the Women’s Health Initiative compared to earlier studies.

What about an increase in cancer risk with hormone replacement therapy?  The WHI consisted of two clinical arms.  The first arm was the Hormone Replacement Therapy (HRT) trial, using estradiol (an oral form of estrogen) and progestin (an oral form of synthetic progestin, known as medroxyprogesterone acetate).  The Estrogen Replacement Therapy (ERT) trial made up the second arm, using only estrogen.  The HRT trial found 8 more cases of breast cancer but 6 fewer cases of colon cancer for every 10,000 women, compared to the control group.  On the other hand, women receiving only estrogen in the ERT trial actually demonstrated a small, though not statistically significant, reduction in breast cancer cases, in addition to fewer cases of colon cancer.  Several observational studies also found HRT to be associated with reduced mortality for cancer of the colon.  The conclusion from this and previous studies is that the progestin used in the HRT trial of the WHI increases a woman’s risk for breast cancer.  Progestin appears to be the culprit regarding breast cancer risk, not estrogen.  It should be noted that the WHI found no increase in breast cancer deaths or total cancer deaths in either trial.  Other recent trials, including the NHANES and USC study, found no evidence of an increased risk for breast cancer.

Of perhaps greater risk for women than breast cancer is osteoporosis.  One in six Caucasian women in the U.S. will fracture her hip, and this is greater than the risk of developing breast cancer or gynecological cancer.  In white women 50 years and older, the lifetime risk of osteoporotic fractures approaches 40 percent.  To make matter worse, as many as 33% of hip fracture patients die within one year of injury.  Osteoporosis is responsible for almost 1 million vertebral and hip fractures annually.  The Women’s Health Initiative demonstrated that hormone replacement therapy is associated with a 35% reduction of hip fractures.

Hormone replacement therapy has beneficial effects in conditions other than cardiovascular disease, cancer, and osteoporosis.  Some studies have shown that HRT is associated with a reduction of cases of new-onset diabetes mellitus by as much as 35%, and a 60% reduction in recurrent urinary tract infections.  Moreover, it may reduce the risk for Alzheimer’s disease.  In cell cultures, gender-specific bioidentical estrogen or testosterone supplementation appears to slow the accumulation of tau protein, neurofibrillary tangle, and amyloid in human neurons, reducing the potential for Alzheimer’s disease.

Findings from a meta-analysis of 30 randomized controlled trials involving hormone replacement therapy were published in a 2004 issue of the Journal of General Internal Medicine.  The report analyzed several notable trials, including the Women’s Health Initiative.  The authors concluded that while the risks of initiating HRT in older women or in the presence of coronary heart disease may outweigh the benefits, HRT use was not associated with any change in mortality.  Furthermore, the authors concluded that the benefits of HRT outweigh the risks if treatment is begun in younger women who do not have coronary heart disease or breast cancer.  The report found that initiating HRT in younger postmenopausal women actually resulted in a 39% reduction in mortality.

Testosterone – Not Just For Men Anymore 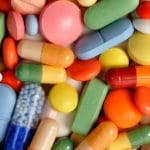 Are Your Supplements Safe?

Prosperity Health is an Integrative and Bio-identical Hormone Replacement medical practice and center that follows a holistic approach to wellness and prevention.